We are thrilled to be presenting an hour-long performance at Cambridge Arts River Festival. Join us at the Dance Stage from 12-1pm on Mass Ave, outside the Dance Complex in the heart of Central Square.

Green Street Studios: Inside Out highlights the exciting companies that rehearse, hold classes, and perform at Green Street Studios every day. While just a glimpse of the amazing activity inside our studios, this performance presents many styles of energetic dance by renowned artists Boston Bollywood (Bollywood), Ruckus Dance (Contemporary), CONcept ARTists (Hip Hop), and Polynesian Dance Arts (Hula & Tahitian). All will inspire you to get up and move!

Make a day of it! Stick around for the Mermaid Promenade, music, merch, and of course an afternoon full of great local dance—you might catch our very own Elmer Martinez (Theater Manager) and Hannah Rose Alex (Board) step up to the mic to host the Dance Stage from 4-6pm.

More on the performers:

Marta Moussa has over 30 years of experience in ethnic dance as a performer, teacher & choreographer. She studied hula with the late Rose Kapulani Joshua and Keith Awai both of Honolulu, Hawaii. Her company, Polynesian Dance Arts, will present a classical style hula to the volcano goddess, Pele, and a lyrical style hula depicting the delicate beauty of the hinano flower against the glowing lava of Pele's fire. Their last piece is an upbeat hula depicting Hawaiian Queen Emma's love of horseback riding. The dancers use the feathered gourd (uli-uli) to help tell the story.

Boston Bollywood, founded in the spring of 2016 and directed by Swati Tiwari, exists to celebrate the majestic entertainment powerhouse: Bollywood, the Indian film industry. Boston Bollywood will present a medley of popular numbers from Indian cinema showcasing the contemporary folk, semi-classical and modern dance styles being experimented with in Modern Day India. By drawing inspiration from their work, Boston Bollywood aims to delight audiences with colorfully energetic dance performances and transport them to the magical land of India.

Ruckus Dance's vehicle for accident puts thudding solos and crashing duets on display, showcasing an alternative view on cooperation. The viewer can see friction and opposition utilized as modes of support as well as a generator for momentum. Ruckus works to open up performance spaces that both provoke conversation and bewilder the viewer, driving them to ask questions about the logic of what is happening before them. Priorities in performance include but are not limited to clarity, rigor, exhaustion, self-annihilation, self-love, focus, distraction, multi-tasking, and grit. Ruckus Dance is choreographed and directed by Michael Figueroa.

The CONcept ARTists will present a medley of urban choreography inspired by classic hip hop, R&B, and rock music artists. The company, also known as ConArt, debuted at the 2011 World of Dance: New York competition and since then has participated in events throughout the Northeast, sharing their passion for dance. In 2016, ConArt hosted its first self-produced showcase, CONcentrate On The ARTistry, and has turned it into an annual celebration of New England's dance and recording artists. Always with more on the horizon, The CONcept ARTists intend to build on their legacy of providing high quality performance, instruction, and services.

Get Involved With Green Street Studios!

There's a New Way To Show Your GSS Love!

Happy Birthday to you... and you, and you. 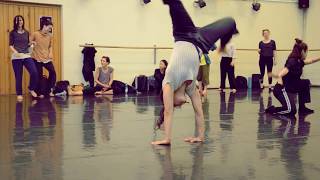 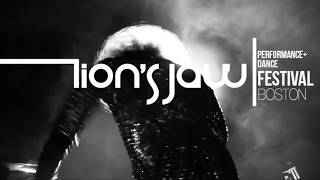